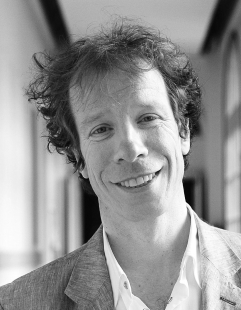 Professor at NYU from 1988 to 1994. Professor at Ecole Polytechnique, from 1994 to 2012. Co-founder and CEO of a semiconductor start-up from 2001 to 2007. Professor in Computer Science at Ecole Normale Supérieure from 2012-to 2017. Professor at the Collège de France in Data Sciences since 2017. Member of the French Academy of sciences, of the French Academy of Technologies and foreign member of the US National Academy of Engineering. IEEE and EUSIPCO Fellow. Recipient of the SPIE 2007 Outstanding Achievement Award, of the 2004 European IST Grand prize, of the 2004 INIST-CNRS prize for most cited French Researcher in engineering, of the 2015 IEEE Signal Processing best sustaining paper award, of the 2017 IEEE Freidrich Gauss Prize.

Stéphane Mallat will be working on the mathematical understanding and interpretability of deep neural networks with applications to images, audio, financial data, quantum chemistry and cosmology. He teaches Data Sciences and will promote the interface between industry, academia and students through the organization of data challenges in http://challengedata.ens.fr

Deep neural networks have considerable applications to services, industry, and science but remain a black box whose properties are not well understood. Robustness and interpretability of deep neural networks become a major issue for their applications. Understanding deep networks involves many branches of mathematics, including statistics, harmonic analysis, geometry, and optimization in high dimension, together with algorithmic experiments on real data. Working on very different types of data and applications, gives an access to generic mathematical and algorithmic properties of these networks. Simplifying network architectures, while preserving performance is an important direction of this research.